Get lost and end up, hide and seek in a forest of white cylinders that define narrow passages, enlargements and dynamic spaces that discovers permeable, where interior and exterior merge. Drawing. The circle is an harmonic geometry, symbol of continuity and community, tribal forms of documentation instead of socializing and sharing. By appropriating the three-dimensional circles become a set of cylinders, creating concave and convex areas, pushing or embracing people. ‘White Pages’. White sheets, place virtual and physical expression, potential for communications: leaving a written or a picture means leaving a trace, a message that an interaction, a contact that extends beyond the time the encounter with others. Not just visitors but people that change the space and act expressed. Discovery. Play space, allows a fun and curious as told to someone in the next circular space… We produce stories, ideas, feelings. Area of new unexpected encounters or interviews of persons, other posts, rather than sensory experience: meeting of the voices, tactile sensations on the canvas, and cloth or people movement, trasparences, shadows and signs on the fabric. Very nice to have something to share! 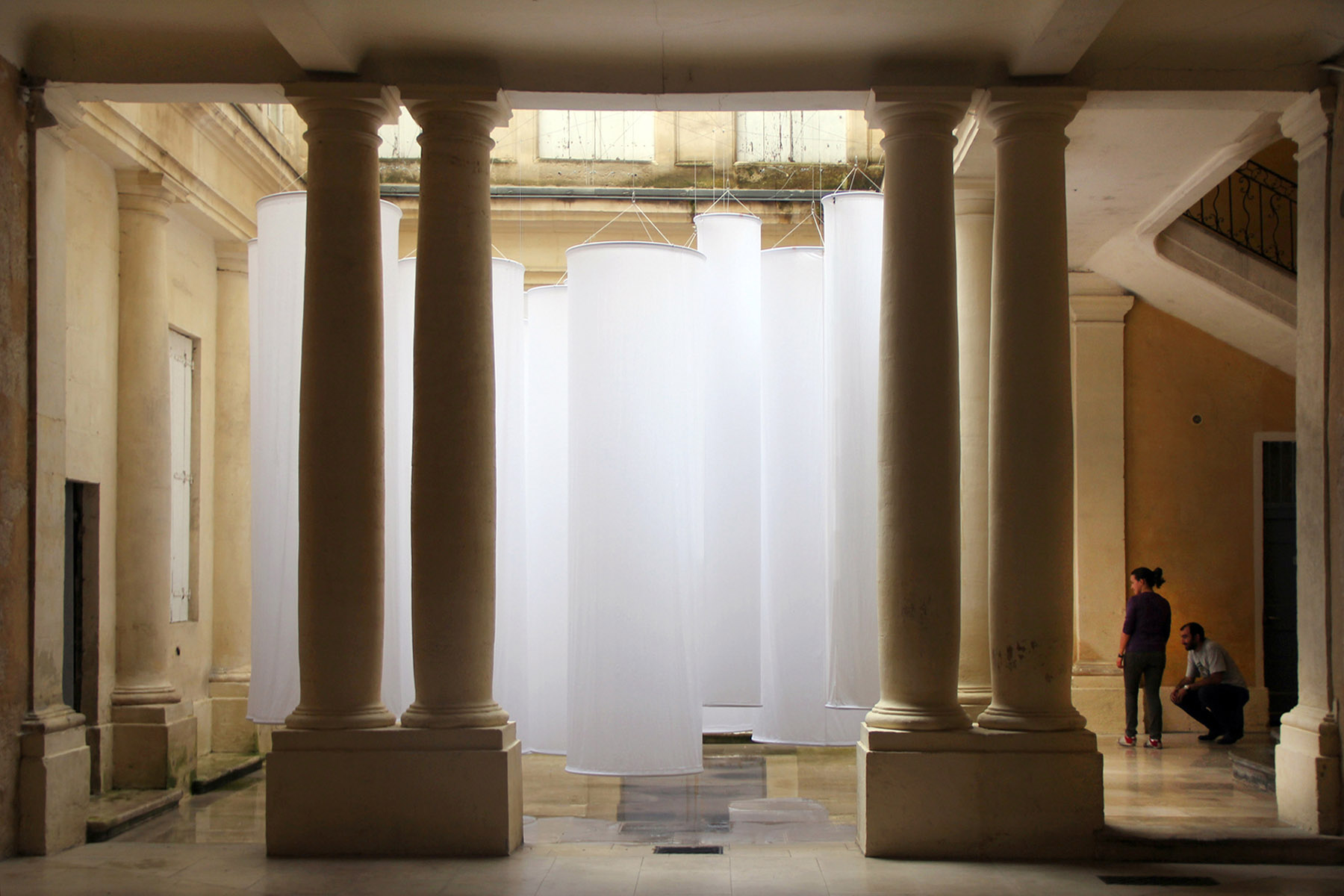 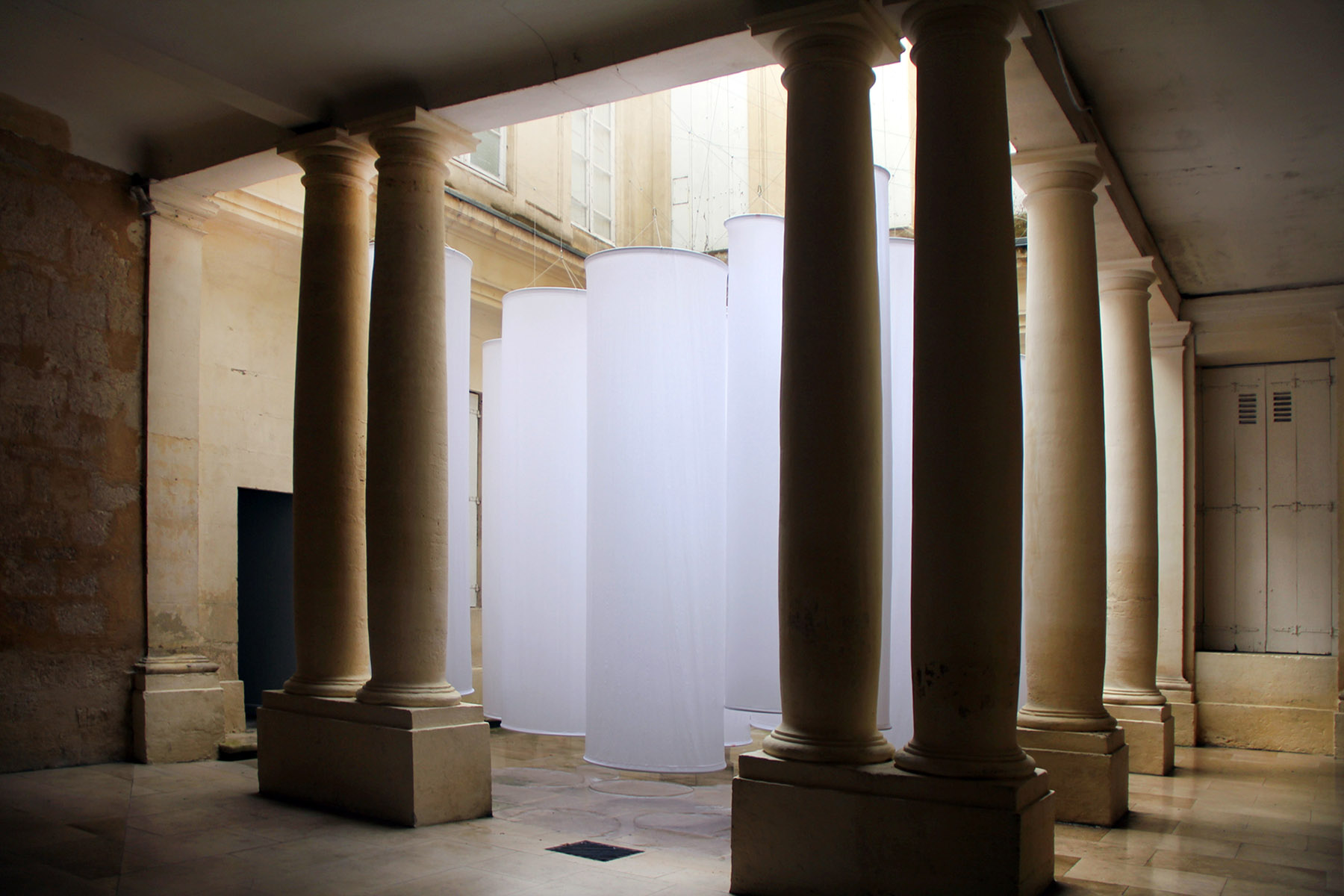 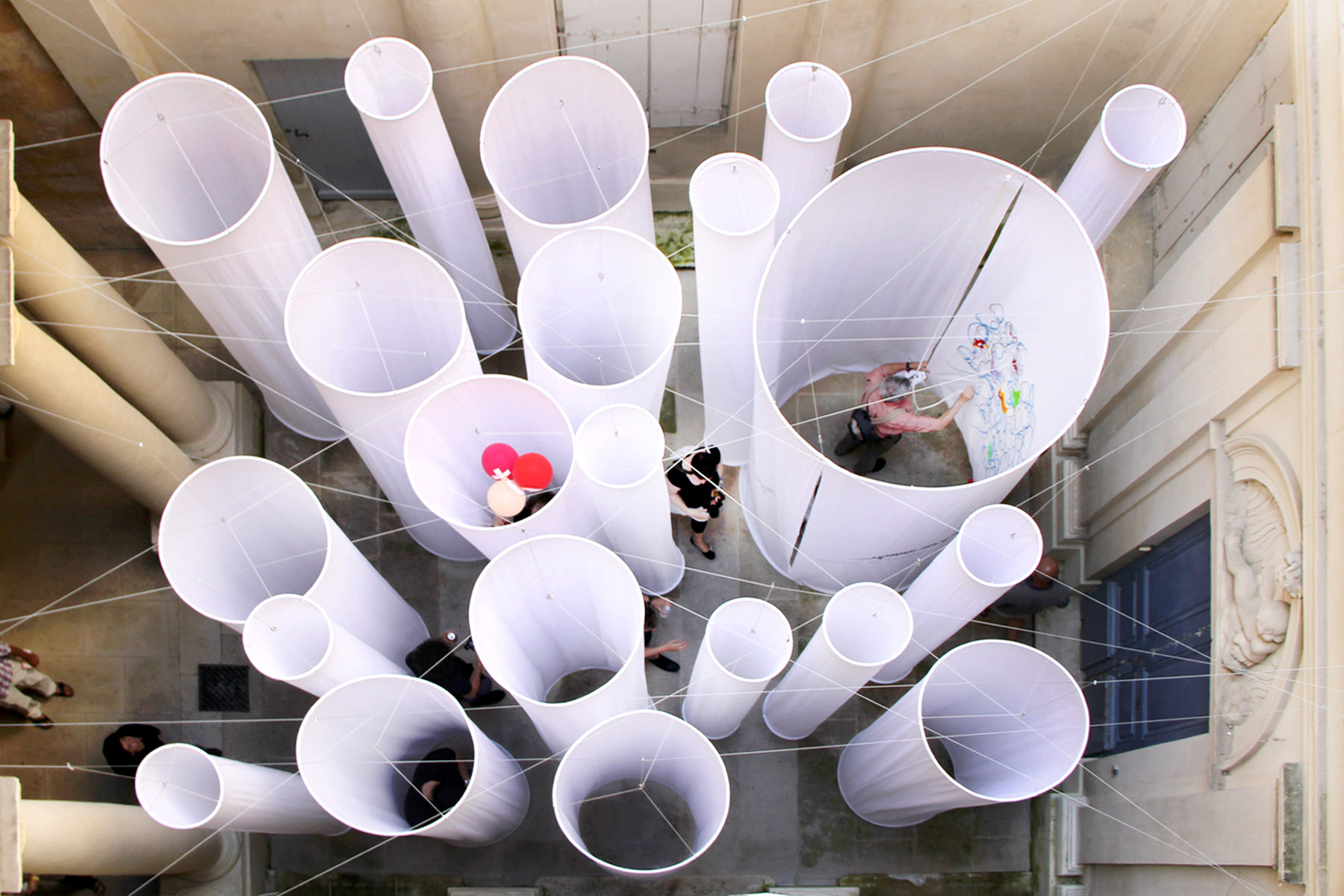 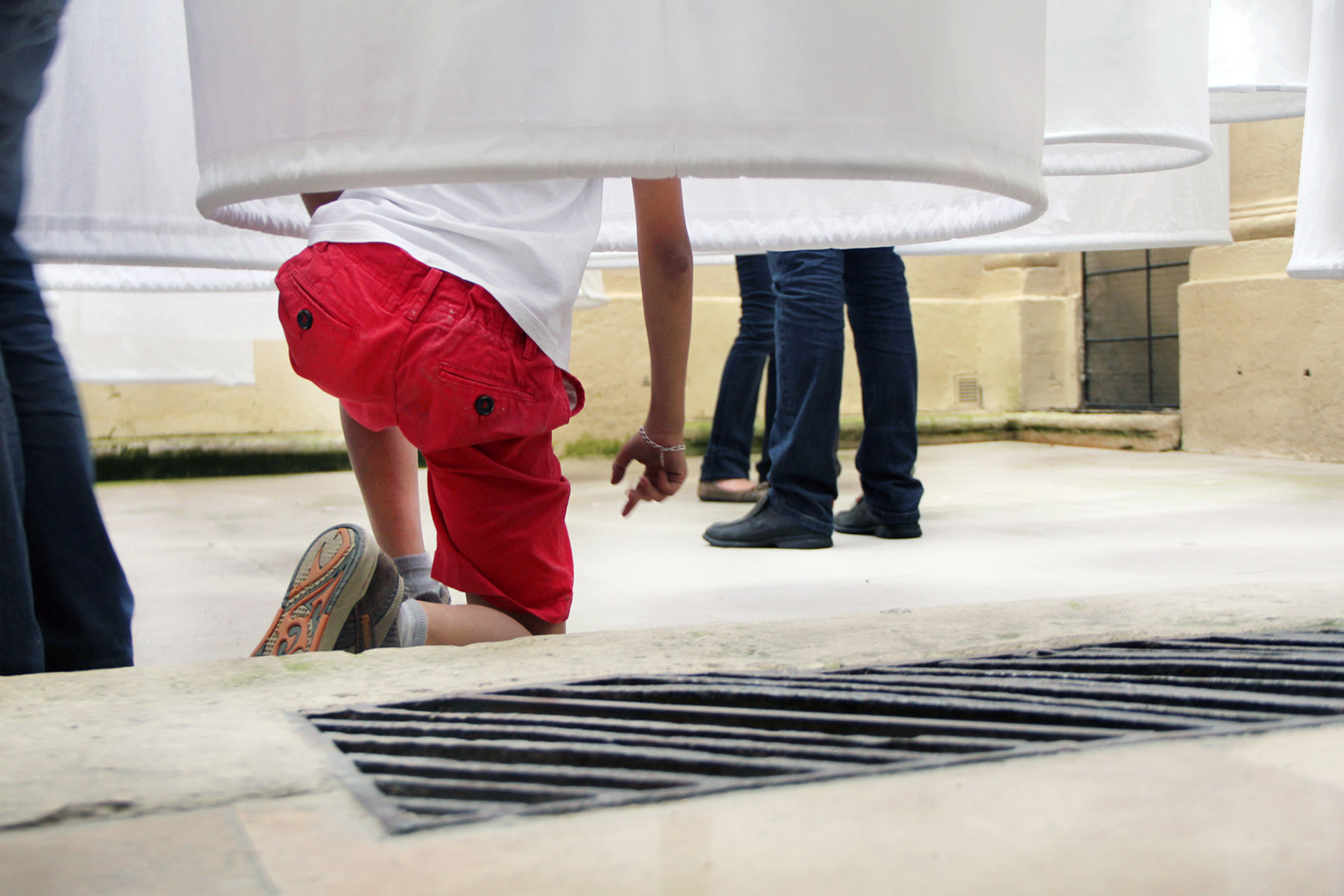 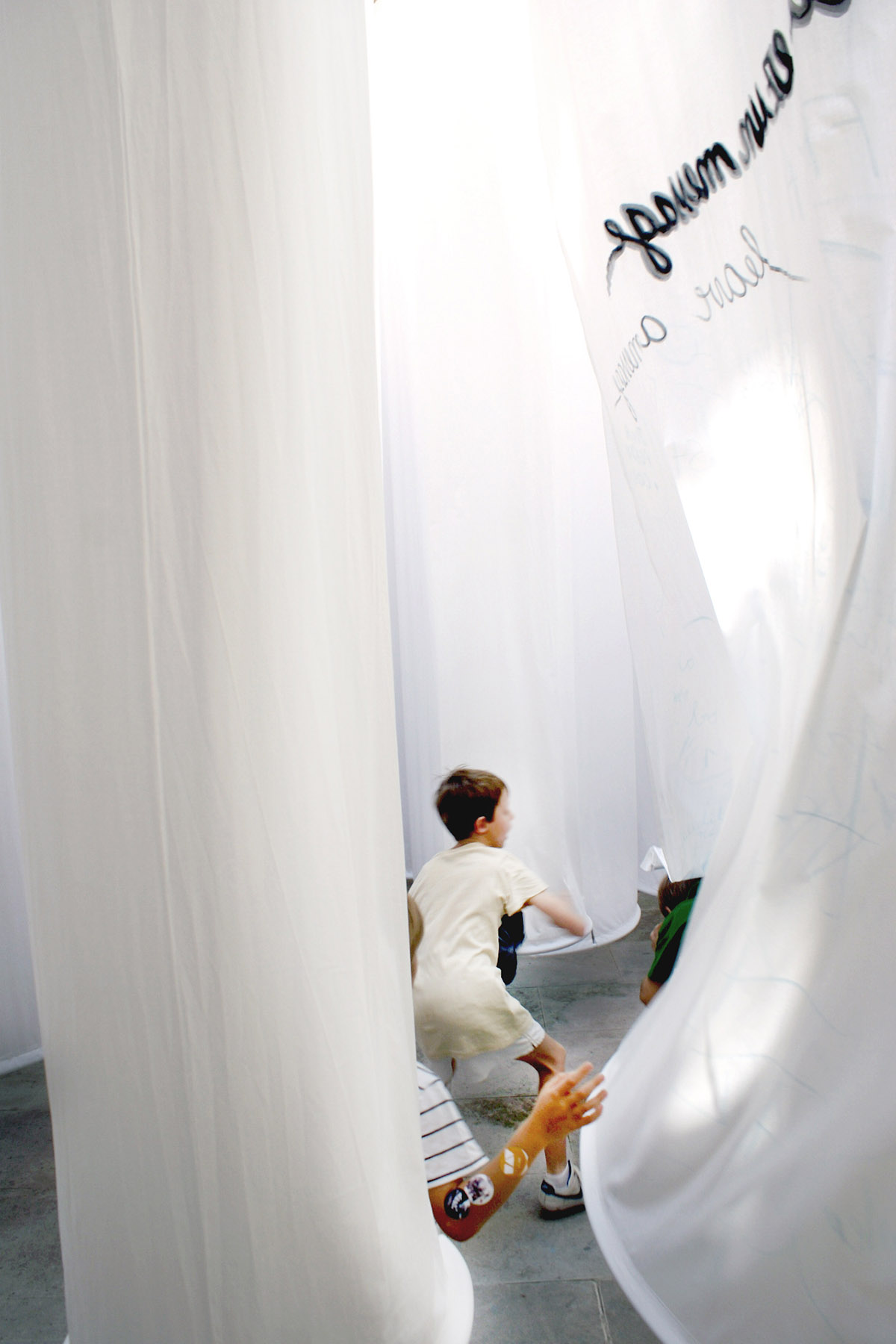 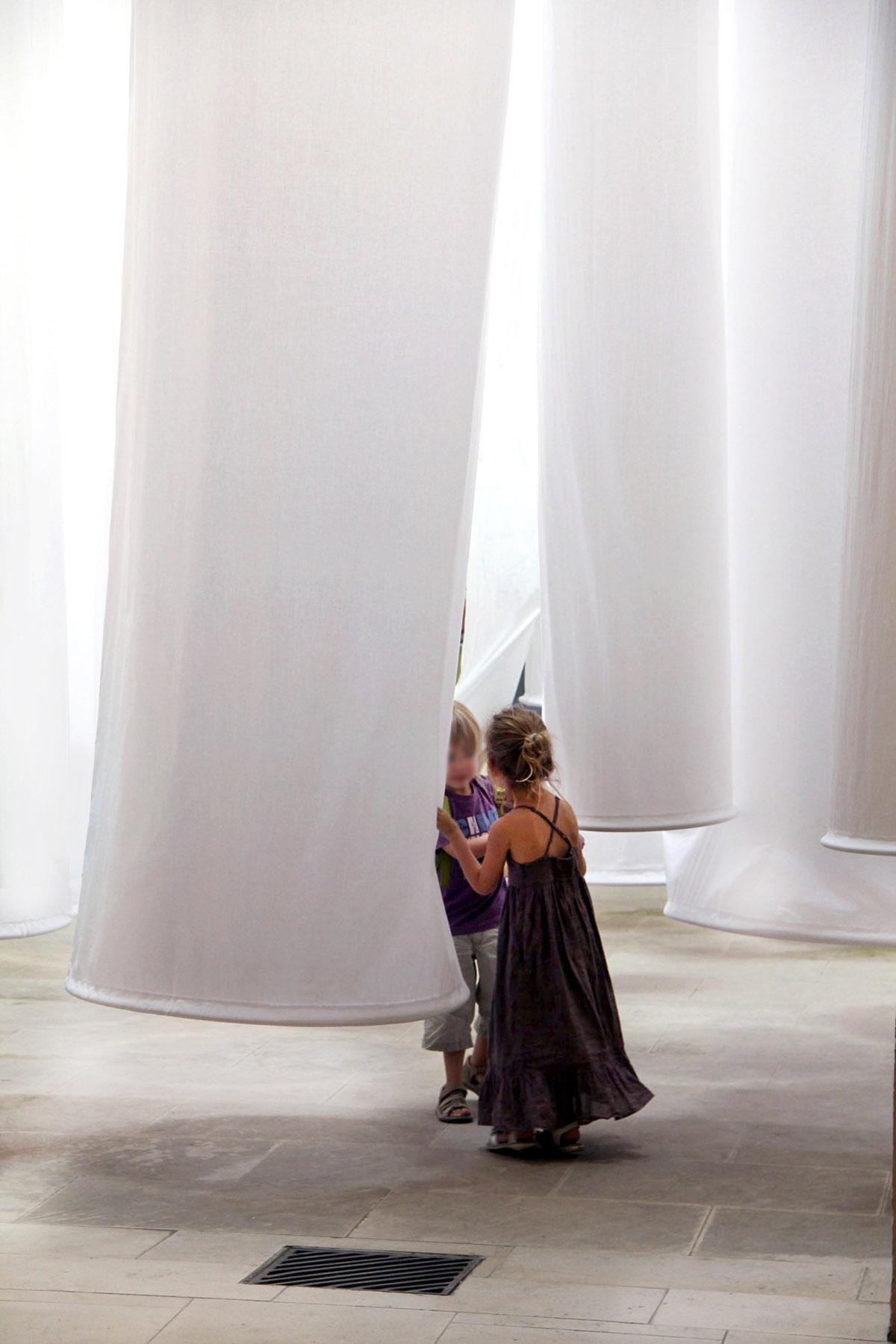